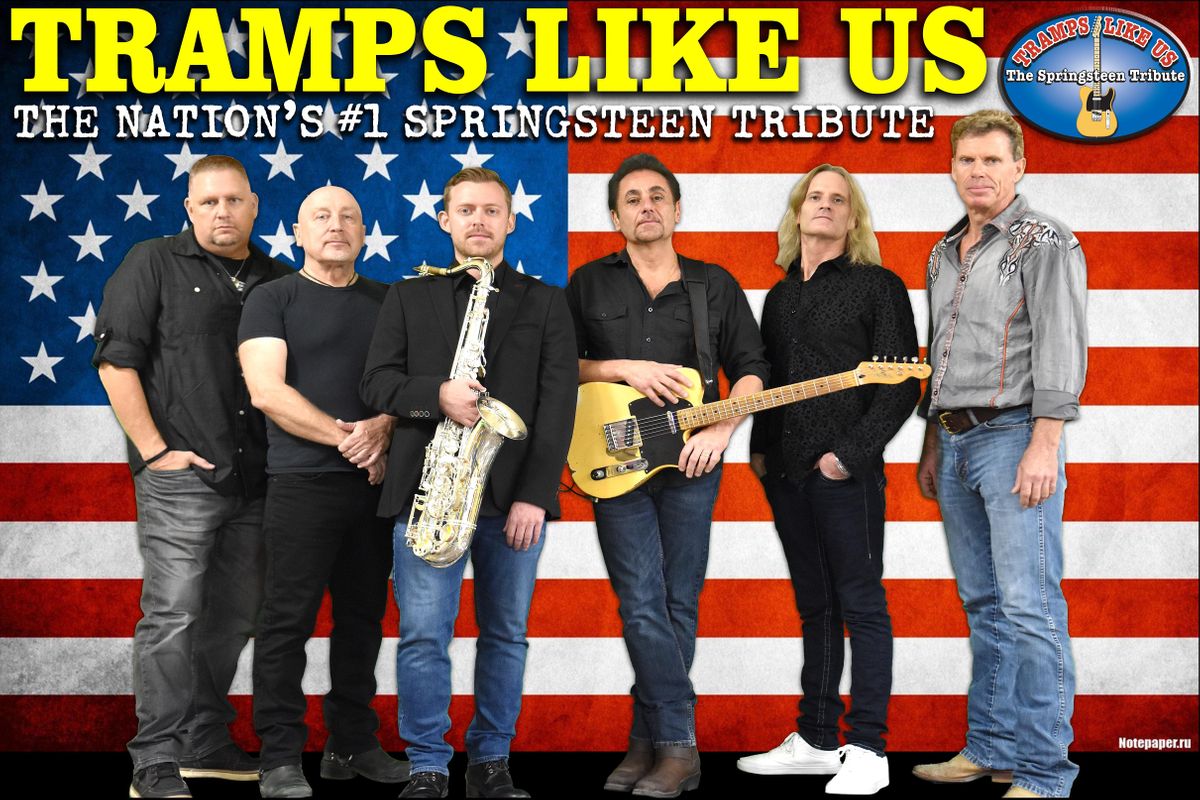 Tramps Like Us brings 30 years of road-tested musicianship that have won this band the hard-earned distinction of the planet’s most revered Bruce Springsteen Tribute band. Given high praise by dozens of publications, radio stations, music industry personal, and the ONLY tribute band to be endorsed by members of “The Springsteen Camp” such as former producer and manager Mike Appel and the official Springsteen Radio Station: E Street Radio/Sirius XM. Formed in 1990, Tramps Like Us has performed over 2000 concerts and have rocked well over 1 million fans! Rockers and ballads delivered with the raw intensity and swagger reminiscent of the Boss himself, Tramps features a line up of seasoned and professional musicians with a repertoire of over 140 songs.