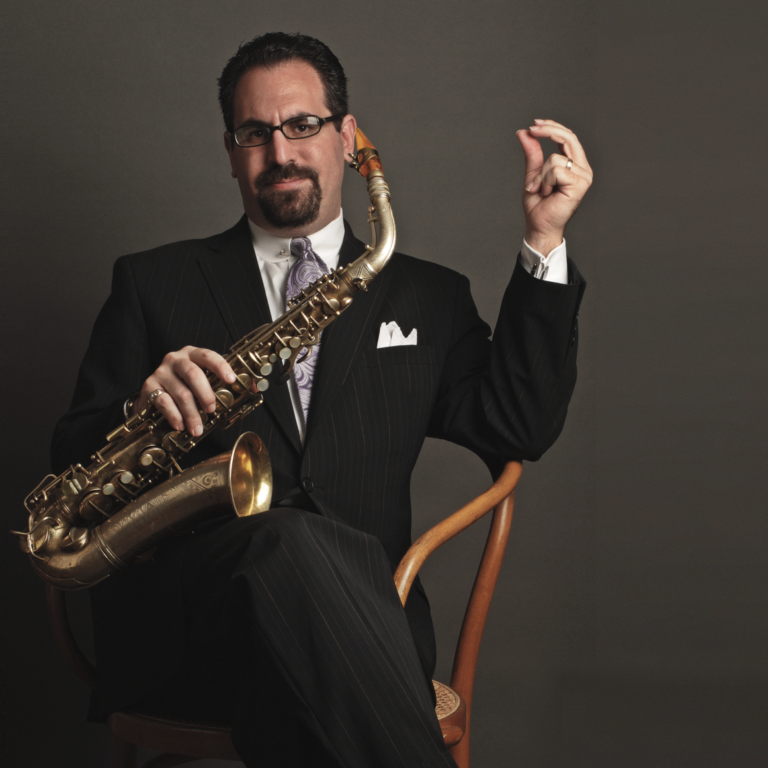 An adroit and versatile jazz bandleader/composer/arranger/saxophonist and educator, Long-Island bred, and recently appointed Musical Director of the BMI Jazz Composer’s Workshop, Andy Farber has been on the radar and rarefied shortlist of such musical legends as Wynton Marsalis, Jon Hendricks, Shirley Horn, Bobby Short, Michael Feinstein, Catherine Russell, Frankie Laine, Alan Harris, Patti Austin, Marcus Roberts, B.B. King, Ray Charles, and more since his early 20s. Called a “consummate musician,” by internationally-recognized Ellington authority and arranger, David Berger, and “a sophisticated arranger/composer and sax player with a firm grasp of jazz and blues who swings elegantly,” by Wynton Marsalis. Farber glides effortlessly between the bandstand, the recording studio, his classrooms at Juilliard, and the piano in his home studio. His work as an arranger, conductor and instrumentalist can be heard on numerous recordings. Farber has been teaching jazz composition and arranging at The Juilliard School and is the music director of the BMI Jazz Composers Workshop.