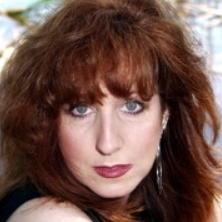 An Act to Remember

Suzi’s Musical Comedy Act has a variety of over 20 songs ranging from Broadway’s greatest hits, impersonations of some of your favorite stars, to the nostalgia of the 40’s, 50’s and 60’s. There’s enough fun for everyone and you’ll leave feeling uplifted and greatly entertained. Suzi loves to involve her audience in what she does by creating various characters and visual costume changes that will put a smile on your face. There are times when her audience becomes part of the show which adds much flavor to this sensational act.