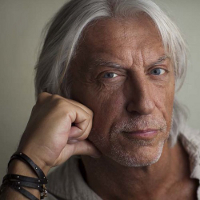 A soulful pianist and vocalist Rob Duncan has a distinct style all his own. As a singer Rob Duncan’s voice has been featured on many CD’s as well as television and radio, including the legendary television shows American Bandstand with Dick Clark, and Solid Gold. Songs in his repertoire include covers by Marvin Gaye, Smokey Robinson and the Miracles, Elton John, Billy Joel, Stevie Wonder, Paul McCartney, Sam Cooke, The Isley Brothers, The Beatles, and much more.