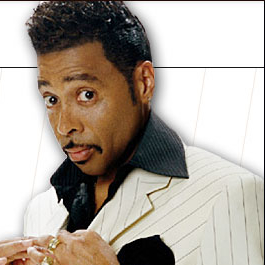 Morris Day returns as the freakalicious frontman for one of the all-time greatest party bands and reunites with The Time’s original bandmates, valet/vocalist Jerome Benton, Drummer Jellybean Johnson and keyboard artist Monte Moir to present past favorites such as “Jungle Love,” “Get it Up,” and “The Bird,” as well as four new tracks including “My Ride,” “Ain’t a Damn Thing Changed,” and “Two Drink Minimum.” The Time was originally created as Prince’s alter-ego to be seen as the cool, street-wise funk band contrasting Prince’s more soulful R&B sound. After looking at several lead vocalists, Prince wanted someone with mad talent so he cast his high school friend– the funky, the fabulous Morris Day.