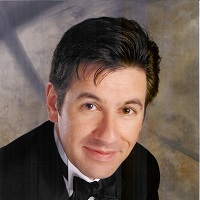 A phenomenal, critically acclaimed impressionist, Mark captivates audiences with an ever-changing cast of characters, which now includes over 120 personalities. One critic wrote, “Indeed, he may be the only impressionist on the face of the planet who will do Nat ‘King’ and Natalie Cole, Michael Bolton, Randy Travis, Willie Nelson, Julio Iglesias, and Sammy Davis Jr., in the same breath!”
A sought after opening act, Mark is featured with numerous headline entertainers and his comedy and extraordinary singing voice bring audiences to their feet in showrooms and theatres across the country.