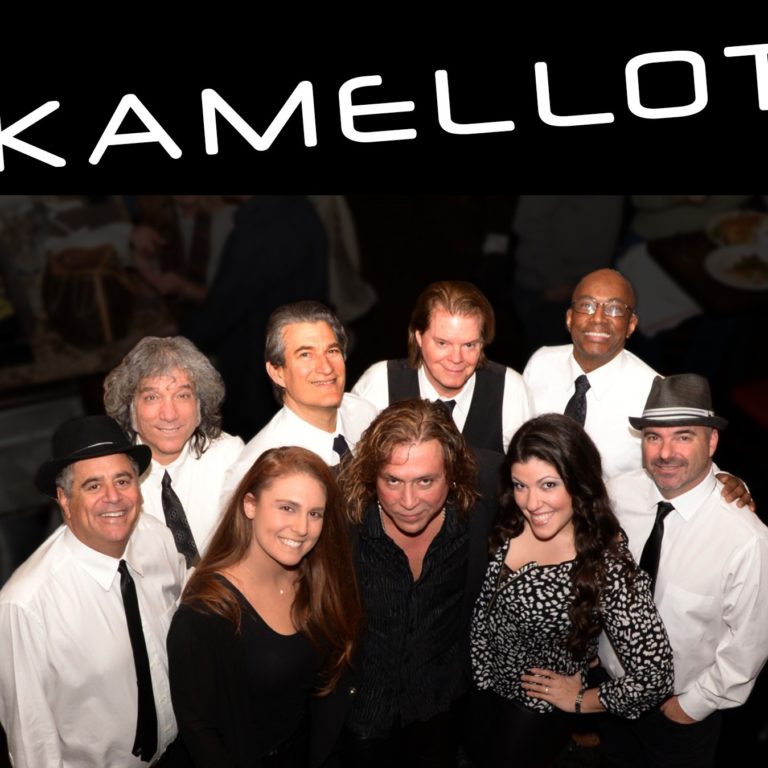 Kamellot Band offers a powerful take on classic rock and soul standards to energetic and enraptured crowds. They are fast becoming one of the preeminent bands gracing stages in and around Long Island. When percussionist Dr. G & lead guitarist Elliot Negrin met on the scene they quickly bonded over a mutual love of rock, rhythm & blues, and a desire to bring positive vibes to music lovers everywhere. The band grew with the addition of lead singer Ed Terry and sax man Wayne Wofford. Their powerful soul-infused sound added layers to an already deep musical voice. The finished product including Stu Waters on keys, Shawn Murray on drums, Dana Rayne on vocals and Alan Levy on bass produce rocking renditions of timeless hits. Kamellot band has performed at many clubs, music venues, & major festivals on Long Island. One of the band’s foremost missions includes expanded touring throughout the New York and Tri-State area.