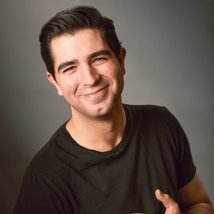 Justin Rupple is a stand-up comic who most recently tested in for NBC’s SATURDAY NIGHT LIVE to become a regular performer. Prior to that, he was a member of the CBS Sketch Comedy Showcase. Justin has guest starred on CBS’s SCORPION and FX’s BRADDOCK & JACKSON. He also starred in the feature film OPERATION CHROMITE, opposite Liam Neeson and Jon Gries, which was released in 2016. Most recently, he was the winner of Dana Carvey’s Celebrity Impressions competition show FIRST IMPRESSIONS for USA Network.