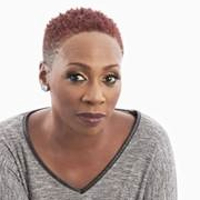 Gina is the only British comedian to ever appear on the iconic Def Comedy Jam. Named a Top 10 rising talent in the Hollywood Reporter, she has 3 Stand-up Specials, including Skinny B*tch for Showtime and Ticking Boxes for NBC’s SEESO, and has been featured on The Nightly Show with Larry Wilmore, Gabriel Iglesias – Stand up Revolution, and AXS TV’s Gotham Comedy Live. She has played Just For Laughs numerous times as well and has had roles in feature films including Kiss Kiss Bang Bang and Mr. In Between.