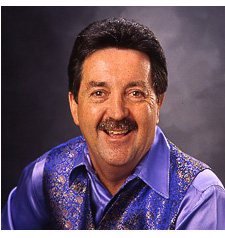 For over 30 years now, George has been entertaining audiences all over the US with his self-deprecating sense of humor and clean jokes and stories. Some of the acts George has opened for and toured with include Rosemary Clooney, The Osmond Brothers, Ray Price, Three Dog Night, Brooklyn Bridge, Donald O’Connor and Bobby Vinton. George performed with Bobby Vinton as his Special Guest Comedy Star in Vinton’s Blue Velvet Theatre in Branson, Missouri until it’s close in 2002. He has performed at Caesar’s Palace, The Sahara, and is a regular act at The Riviera Hotel and Casino in Las Vegas.