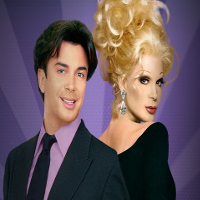 Divas – this 75-minute energetic show starring Las Vegas’ longest running headliner Frank Marino as comic icon Joan Rivers features an all star cast of superstar female impersonators who not only recreate but almost uncannily duplicate the likenesses of stars ranging from Britney Spears to Cher and Diana Ross to Beyoncé; even Madonna and Dolly Parton have been known to stop by. Meanwhile, Marino in his role as the show’s emcee and star changes between every act bringing an international whirlwind of couture to the stage with each spectacular entrance.