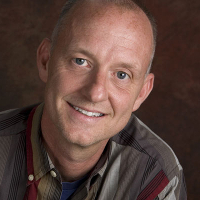 A native of Philadelphia, Buddy Fitzpatrick is currently touring the United States sharing his comedy perspective. His act combines the skill of a great monologist with a physical style that brings his observations to life.
At the age of 18, he left Philadelphia to pursue a career in the arts. He enrolled in the American Academy Of Dramatic Arts in New York City and has never looked back. He went on tour with several theater companies starring in plays ranging from Shakespeare to Neil Simon. His comedy timing was always a bright spot in any production and with a little prodding he took the next step to the comedy club stage.
Soon after, Buddy was a regular at all the prominent showcase clubs in New York City honing his craft night after night. The positive response to his work fueling the fire, he has been busy on the comedy circuit the last seven years. His act is made up of inventive material delivered in a self-assured style.
Buddy Fitzpatrick has starring roles in the films American Brawler, Hospital Arrest, Blue Lives Matter and Puppets. Comedy appearances include Comedy Central, Nickelodeon and AXSTV. He was a frequent opener for Joan Rivers and currently Joy Behar.