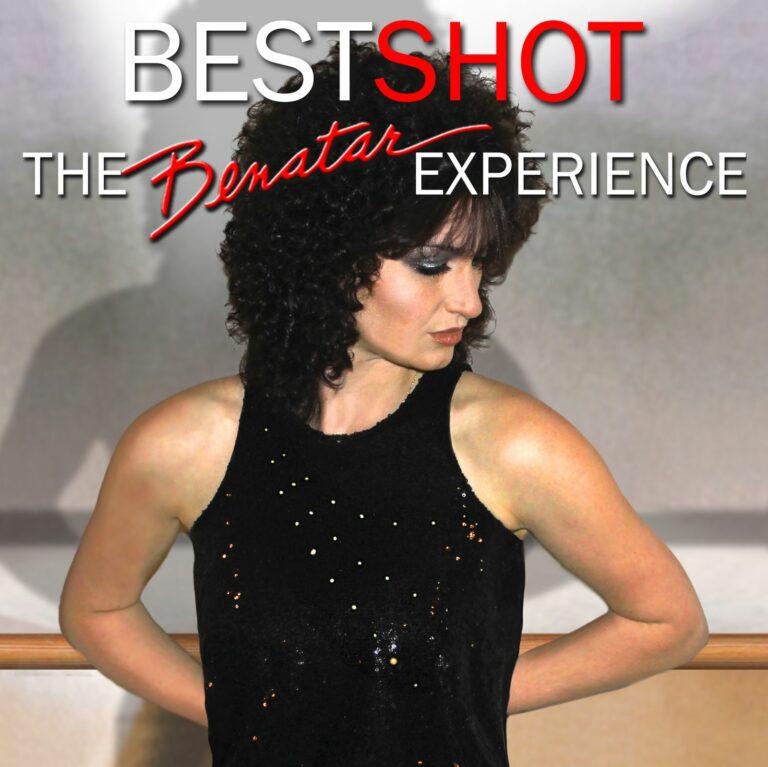 Los Angeles based Best Shot – The Benatar Experience is the ultimate tribute to Pat Benatar.
With over 8+ years of experience singing and performing Pat Benatar’s music, this band brings their talented rendition, paying homage to one of Rocks most popular female vocalists.
Best Shot – The Benatar Experience – Band, has developed an unmistakable replication of sound and performance. With note for note signature guitar leads and tones, to the backing vocals, drums, bass, and keyboards, the chemistry of these musicians give their audience a musical ride through a familiar and popular classic catalog of songs.
When this band hits the stage, it embodies the likeness in looks, wearing classic Benatar stage costumes, then singing with the amazing vocal tones and dynamic presence of Pat Benatar herself.
Best Shot’s two hour song list consists of all the early popular hits, including her chart topping songs of the 80’s like “Hit Me With Your Best Shot” , “Love Is A Battlefield” , “Heartbreaker” , “You Better Run” , and so many more. This six piece band brings an authentic, energetic performance at every show.