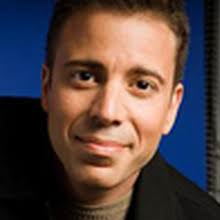 Born in Long Island, Gregg Rogell quickly rose through the club ranks and established himself as one of the top working stand ups in the country. Within a year of his debut, Rogell won “The funniest person in Long Island” contest, as well as the WKGR South Florida Laugh Off. Within three years, his list of television credits included “Evening at the Improv,” “Caroline’s Comedy Hour,” “The MTV Half Hour Comedy Hour,” “Comic Strip Live,” “VH1 Stand Up Spotlight,” “E! Stand Up Sit Down with Robert Klein,” “Two Drink Minimum,” and many others. He has since made several appearances on “The Tonight Show,” and “Late Night with Conan O’Brien.” He can also be recognized from his appearance as “Kenny” on the CBS sitcom, “The Nanny.” His success has earned him sitcom development deals from NBC and Disney. He has toured, opening for Dolly Parton, Wynonna Judd, and Dave Chappelle, and has appeared with Bob Hope and Bill Cosby on several NBC specials.